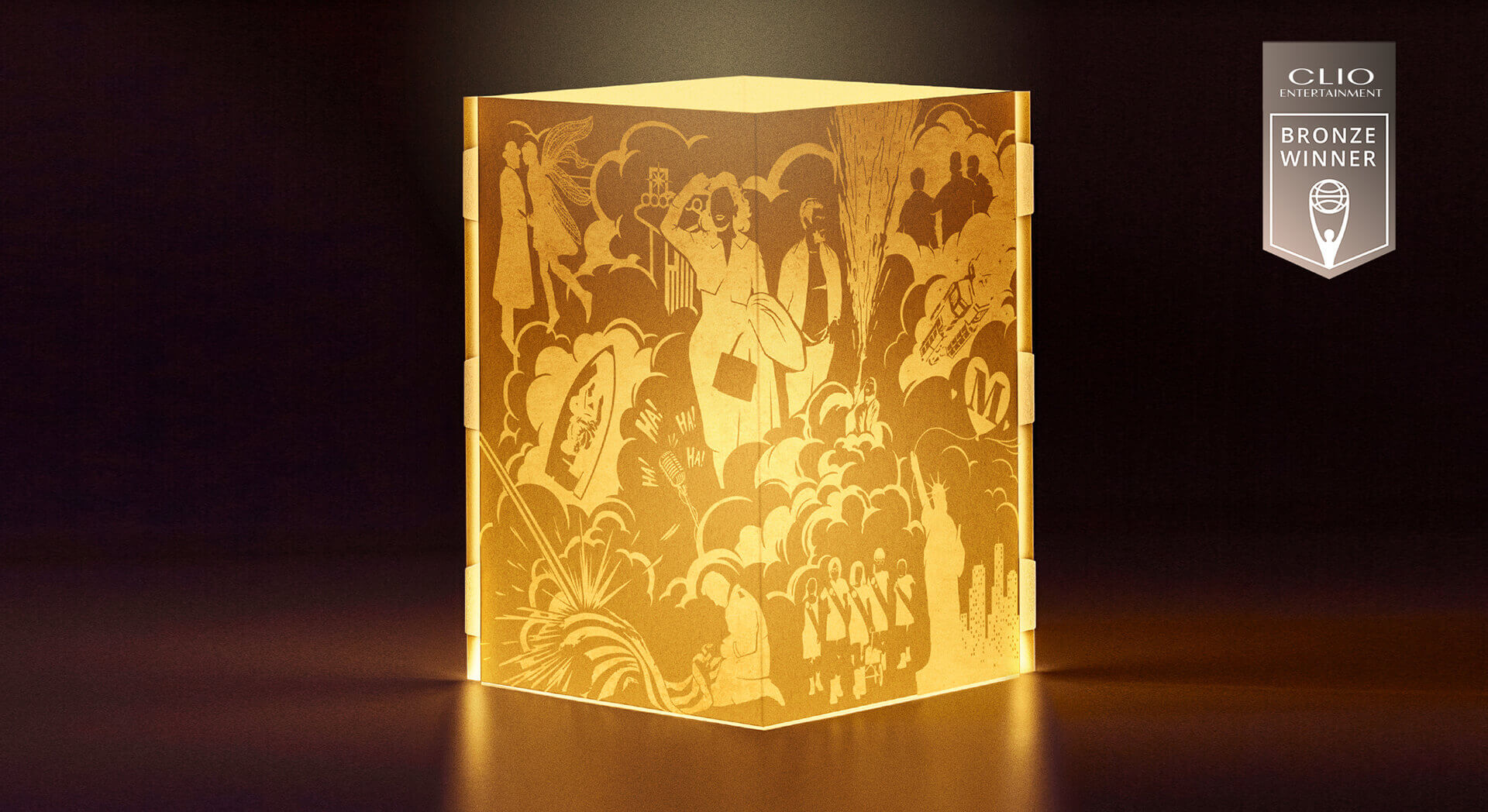 They’ said tone it down so we lit it up. Amazon Prime Video and CORE reimagined the 2020 Emmy FYC Mailer.

Multipurpose was the way to go when the Television Acaderny called for less waste, which created less space. Our challenge – how to fit 40 titles into one mailer and still gain impact. The brand positioning “illumination” became our inspiration. Elaborate yet still minimal, became the solution with a one-of-a-kind LANTERN, converted out of the covers of the mailer. How did we do it? We sourced a 100% recyclable paper from Italy, which became translucent when embossed with our custom illustrations for each of the shows. To make this project truly brilliant, the estimated carbon emissions from producing, printing and delivering the mailers were neutralized. Carbon footprint off. Lantern on.