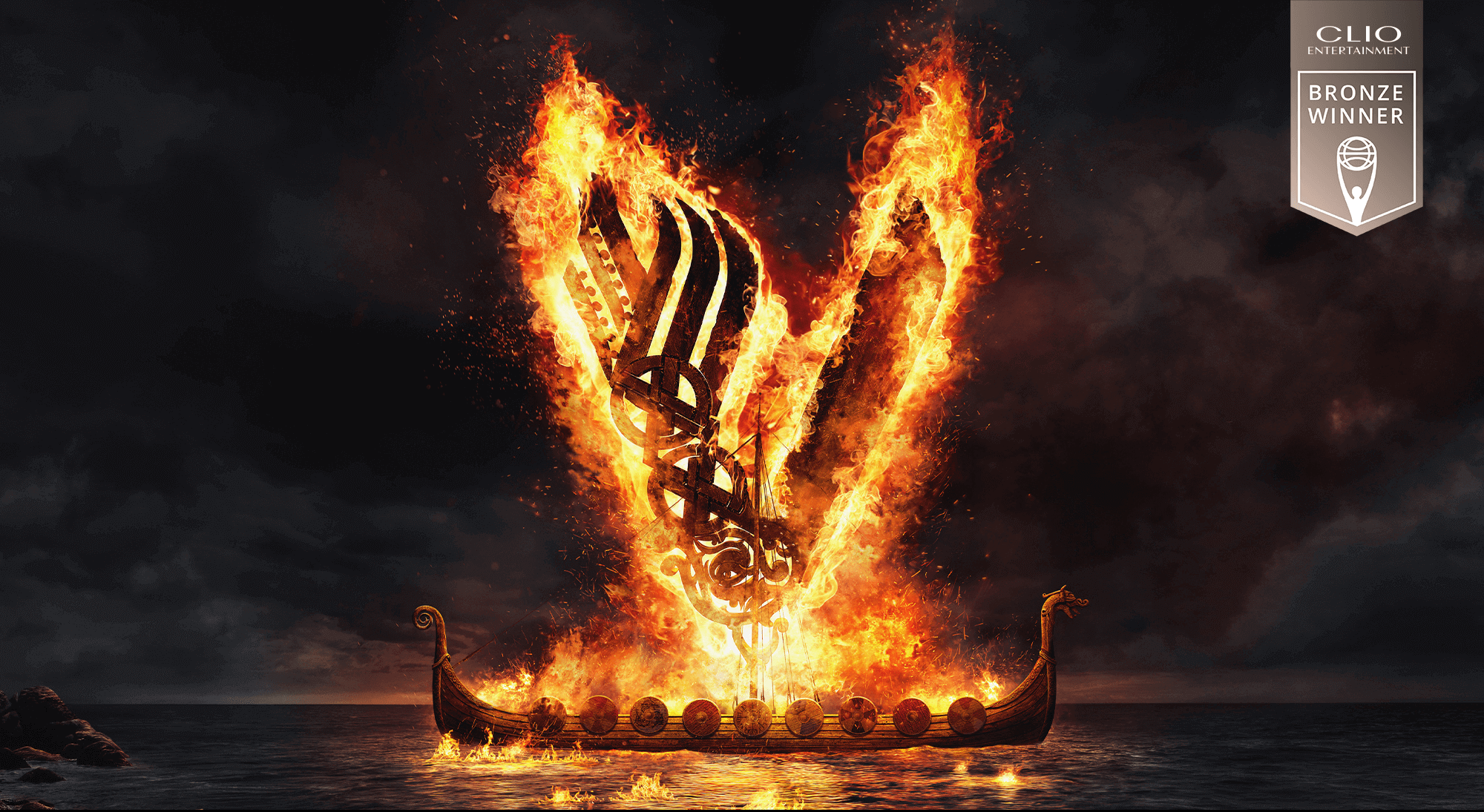 From its Maiden voyage, to the final battle – CORE was onboard.

Seven years after Vikings first set sail, and with meticulous attention to historical accuracy, CORE created the final piece of key art for the series. A symbolic Viking burial at sea, with the iconic dragon ship ablaze, as it’s chieftain rises to an eternal afterlife in Valhalla. What better way to send off the show, that had thrusted HISTORY into the realm of scripted programming.

“It’s rare in advertising to be on the entire journey of any one project”, says Pär Larsson, founder and lead creative of CORE. Being Swedish, and growing up surrounded by Viking culture, made working on Vikings really hit home. “What an honor it is, that in some small way, CORE have contributed to the success of Vikings, and to see that the series will continue to live forever on History and Amazon Prime Video”.